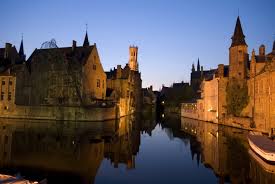 David: I would start off with saying that where this is all going is beyond communication. It is actually communion. When Jesus would go to pray in the mountains, he would go to commune with the Father. He was in the experience of “I and the Father are One.” This is our natural state.

Then, when there seems to be a fall from grace or a fall from this communion, perception arises. We might say all the images of the cosmos, time and space, are part of perception. This goes for consciousness. There is no consciousness in Heaven.

Consciousness is the domain of the ego. You can make levels, you can train your consciousness, you can seem to expand your consciousness or raise the level. This is clearly talking about something that has degrees and levels. It’s like getting a ladder and you can climb higher. But, this again isn’t the kingdom of Heaven.

There isn’t a higher or lower in Heaven. Everything is perfectly One and perfectly Known. In consciousness, which is again domain of the ego, many things were made, fabricated; they are fictitious, they are invented. It’s like telling a child, “No, that’s not real. It’s make-believe.” Yes, all of the cosmos is make-believe. It’s like fantasy land. It’s a cosmos of images.

Among all these images what else was invented was words. The ego invented words. There are no words in Heaven. Words are symbols of symbols, twice removed from Reality. They are very crude. It would be like saying, “I’m going to build a house out of uneven rocks instead of bricks.”

Interested in more? Visit https://acim.me for radio shows, podcasts, and hundreds of hours of Q&A sessions, by A Course in Miracles teacher David Hoffmeister.